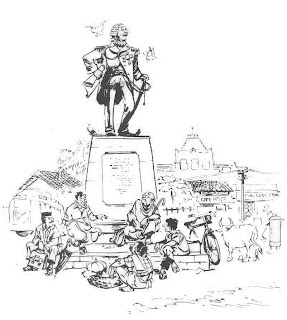 Malgudi Days was one of those television serials which left an indelible mark on the Indian television scenario. Based on the collection of short stories penned by acclaimed author, R.K.Narayan, the serial narrated the trial and tribulations of a small Indian town of Malgudi.According to R.K. Narayan, Malgudi is a town "habited by timeless characters who could be living anywhere in the world".They are simple folk, dealing with their lives in an uniquely engaging, humorous and completely human and humane manner.
Now you can enjoy those malgudi days online...free.

Rajshri.com is proud to premiere the cult TV series Malgudi Days. The series spans 39 episodes and Rajshri.com will unveil a new episode everyday.