CNN-IBN’s Businessman of the Year 2006 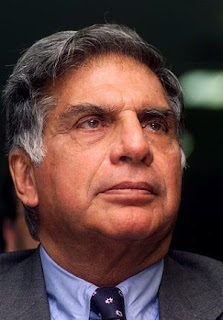 After sealing the $12-billion jumbo deal to buy Anglo-Dutch steel-maker Corus, Tata group chairman Ratan Tata is set to pull off another surprise by flying a fighter jet at the Aero India Show in Bangalore from February 7-11. The 69-year-old trained pilot will fly Lockheed Martin’s F-16 multi-role combat aircraft during the show .Ratan Tata, who has been named the winner of CNN-IBN’s Businessman of the Year 2006,is undoubtedly the transformer of TATA group .Ratan Tata perhaps best exemplifies how one man’s vision can be carried forward with the same forward-looking approach.Mr Tata's biggest interest is aviation and yet he don’t want to be in the airline business at this time.Any idea why ?
Posted by Jedi at 2:52 PM